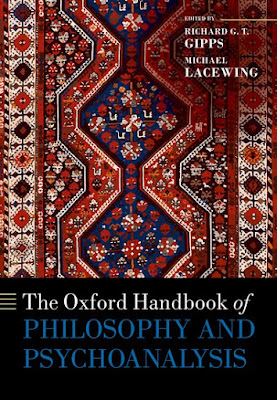 2: Intellectual Pre-History: Introduction, Richard Gipps and Michael Lacewing3: Psychoanalytic Theory: A Historical Reconstruction, Sebastian Gardner4: From Recognition to Intersubjectivity: Hegel and Psychoanalysis, Molly Macdonald5: Schopenhauer and Freud, Andrew Brook and Christopher Young6: From Geschlechtstrieb to Sexualtrieb: The Originality of Freud's Conception of Sexuality, Stella Sandford7: A Better Self: Freud and Nietzsche on the Nature and Value of Sublimation, Ken Gemes


1. The operationalised concept we find in ICD-10 and DSM-V, a concept created to try to improve diagnostic reliability especially in research contexts, wants for validity. I can't see that this is a problem for non-operationalised understandings of schizophrenic illness as a cluster of self-disturbances - the kinds of understandings we get from phenomenological psychopathology. We might do better to start to take our psychopathological science seriously, stop cow-towing to today's textbooks and handbooks, and reclaim our diagnostic categories from the positivists. It's sometimes said that people get diagnosed first as bipolar, later as schizophrenic etc., and that this shows that doctors don't know what they're doing. Well, no doubt they don't always know what they're doing. But why shouldn't inner and outer circumstances sometimes cause switches to the gestalt patterns of decompensation that obtain? I imagine we sometimes find something similar with psychosomatic conditions too: at first someone develops a hysterical paralysis; later they develop a fatigue syndrome; later still they get IBS, etc. If the main river flowing out of a reservoir is blocked, then at one time one dam will break, but later another dam will break. Such changes seem to me entirely in keeping with the workings of nature.

2. To talk of 'treatment' may already skew the kinds of help we give the person diagnosed with schizophrenia in an overly medical direction. But anyway, schizophrenia: someone's struggling to hold together, at risk of psychotic decompensation, etc - doesn't this already give us a sense of what might be helpful? They may sometimes benefit from major tranquillisers if suffering the terrors of self-dissolution. It will be useful to look at the kinds of inner and outer conflict situations they encounter and help them handle and work through these (build ego capacity and strength).

3. I've not yet met with clear accounts of when nouns are and aren't labels, and when labels are and aren't stigmatising. What we know is that stigma is a real problem, and that changing the terms used might well help for a while. Today the term 'psychosis' is used euphemistically as a kind of diagnostic category (which it isn't), usually to replace 'schizophrenia'. (No doubt this term in turn will become socially toxic in a few decades; the proximity to 'psychopath' ('psycho' etc) already causes problems.)

4. We often describe people as 'diabetic', or describe a diabetic person simply as 'a diabetic', without too much worry. We also relentlessly label people according to their professions (so-and-so is 'a fireman'; 'a psychiatrist' etc). Consider however the difference between describing someone as 'gay' and describing someone as 'a gay' (not 'a gay man', just 'a gay') - the latter has a deeply unpleasant ostracising twang to it. (Contrast 'genius', the scientologists' use of 'clear', 'hero'.) It's clearly certain situated uses, and not simply the noun form, that causes the problems. It has been argued - successfully in my view - by Louis Sass - that schizophrenia is, qua self-disorder, intrinsically to do with identity, and that therefore 'schizophrenic' is apt. Talk of 'someone with schizophrenia' can be useful in some contexts, but in others may be no more than 'politically correct' garbage (it's garbage when it would have us replace 'schizophrenic' without looking to see if, in any situation, it is causing problems - now we just have thoughtlessness pretending to take a stand against thoughtlessness.) We talk of 'a schizophrenic/diabetic/psychiatrist' when the condition or job in question is seen as long-term and as shaping someone's ongoing being-in-the-world - but we shouldn't forget that people can change or lose their jobs and also their physical and psychiatric conditions, and there's no reason to think that if someone is a psychiatrist or a schizophrenic that this is simply all there is to them, even if their job or illness does sometimes squeeze out or thwart the growth of other aspects of their personality and identity.

5. It's true that those mental health professionals who work with long-term patients can become pessimistic about the possibility of recovery. They need re-education. Even Kraepelin thought meaningful recovery possible. Since we've had 'schizophrenia' the standard wisdom has a third of people largely recovering without long-term medications. Plausible is the idea that sometimes sufferers may recover not only from a psychotic episode but from the schizophrenia trait if they overcome significant developmental fixations, work through significant underlying conflicts, and find a way out of dismal mentally confounding social contexts. It's also plausible that for some people an underlying neurodevelopmental schizotaxia/schizotypy will always render them at risk of schizophrenic decompensation, and may always manifest in quirks of thought and feeling, but that this can be managed. Schizotaxia could now be thought of as a condition - like, say, Aspergers - one that may make one at risk to psychosis but itself needs to be understood and accepted as the having of a certain kind of mind. Diabetes type 2 may be a useful analogues here: diabetes because sometimes weight loss can reverse a diabetic illness, but sometimes the condition will require ongoing management. But in some ways the diabetes analogy ignores the possibility of building, for the first time in someone's life, a more robust personality structure - by picking up lost developmental threads, developing in affect regulation capacities, moral/characterological growth, etc. Many mental health professionals continue to think of what it could mean to recover from mental illness only in terms of managing the decompensations from the schizophrenic trait (i.e. only in terms of the use of major tranquillisers as anti-psychotics). It's as if we're all supposed to take psychological development (especially that of the tricky late teenage years) for granted, as if it just inexorably unfolds or not by itself, as if there weren't significant tasks that can get left undone, significant characterological weaknesses that need to be addressed courageously, etc. (Anyone who's spent a decent enough number of hours in a decent enough therapy knows this to be untrue.)
Posted by Richard Gipps

kant and wittgenstein on logically private languages and madness

In his Anthropology Kant offers:

The only universal characteristic of madness is the loss of common sense (sensus communis) and its replacement with logical private sense (sensus privatus)… For it is a subjectively necessary touchstone of the correctness of our judgments generally, and consequently also of the soundness of our understanding, that we also restrain our understanding by the understanding of others, instead of isolating ourselves with our own understanding and judging publicly with our private representations, so to speak. Thus the prohibition of books that advance only theoretical opinions (especially when they have no influence at all on legal commissions and omissions) offends humanity. For we are thereby robbed, not of the only, but still of the greatest and most useful means of correcting our own thoughts, which happens due to the fact that we advance them in public in order to see whether they also agree with the understanding of others; for otherwise something merely subjective (for instance, habit or inclination) would easily be taken for something objective. This is precisely what the illusion consists in that is said to deceive us, or rather by means of which we are misled to deceive ourselves in the application of a rule. – He who pays no attention at all to this touchstone, but gets it into his head to recognise private sense as already valid apart from or even in opposition to common sense, is abandoned to a play of thoughts in which he sees, acts, and judges, not in a common world, but rather in his own world (as in dreaming).

Compare what Wittgenstein says about a 'logically private language' in his Investigations: 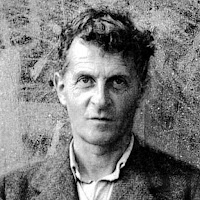 Let us imagine the following case. I want to keep a diary about the recurrence of a certain sensation. To this end I associate it with the sign "S" and write this sign in a calendar for every day on which I have the sensation. -I will remark first of all that a definition of the sign cannot be formulated. -But still I can give myself a kind of ostensive definition. -How? Can I point to the sensation? Not in the ordinary sense. But I speak, or write the sign down, and at the same time I concentrate my attention on the sensation -and so, as it were, point to it inwardly. -But what is this ceremony for? For that is all it seems to be! A definition surely serves to establish the meaning of a sign. -Well, that is done precisely by the concentrating of my attention; for in this way I impress on myself the connexion between the sign and the sensation. -But "I impress it on myself" can only mean: this process brings it about that I remember the connexion right in the future. But in the present case I have no criterion of correctness. One would like to say: whatever is going to seem right to me is right. And that only means that here we can't talk about 'right'.

The commonalities are obvious. But Wittgenstein's is the deeper argument. For Kant, despite his 'so to speak', does rather leave one with at least the impression that there somehow could yet be such a thing as a 'logical private sense', a 'private representation' - rather than a mere illusion of one - whereas Wittgenstein helps us work through and relinquish the fantasy of the very idea of a 'sensus privatus'. He helps us see, that is, that we didn't actually know what we were doing and saying when we took ourselves to be reaching toward certain inner phenomena with such phrases.

Notwithstanding, whilst Wittgenstein's argument can helpfully be read as his working through the narcissistic tendency to mistake pseudo-contentful fantasies for contentful thoughts, and whilst psychoanalysis has more recently shown us the centrality of narcissism for psychopathology in general (and not simply in, say, narcissistic personality disorder), it seems it was Kant who first proposed that narcissistic illusions of sense are a 'universal characteristic of madness'.
Posted by Richard Gipps